Chemigrams are a form of cameraless photography that rely on darkroom chemistry and not much more. The technique I was introduced to (by Douglas Collins, stablemate at the Manhattan Graphics Center) was in fact first discovered (or developed) by the Belgian photographic artist Pierre Cordier in the mid-1950s. The technique involves painting a resist (usually some form of varnish) on exposed photographic paper and then immersing the paper in a regularly timed cycle of developer, fixer and water until the resist lifts incrementally and patterns or marks begin to form. There's obviously more to it than this; for more detailed explanations and discussions, visit the blog that Doug and I maintain, nonfigurative photo.

I've been making chemigrams since June 2010, i.e. not for very long, and while the mystery of the process itself has slowly receded, the micro-possibilities seem quite infinite. What makes chemigrams so intriguing is that they really don't look like anything else.

Many of the following examples have no titles and their file names refer only to date and the order in which they were produced on a given night. (Yes, it's always at night for some reason.) I've given the size for the earlier work as a reference point. (Most recent work is either 5 x 5" or 5 x 7".) One obvious thing about chemigrams is that they are not only cameraless but also negativeless, which means they are unique objects and can't be replicated. If one is inclined to think commercially, one possibility is to make archival digital prints from high resolution scans, which is not quite the blasphemous act that some old school photographers think.

Astute observers will notice the colors in the following examples, which were produced solely through conventional black and white photographic chemistry. These scans are accurate and unadulterated. Don't ask me to explain why certain colors appear at some times and not at others. Although the technical aspects of the chemigram process are obviously essential to the final result, what interests me at the moment is the result and not necessarily how we get there. Enough contemporary art seems to be about process without you or me adding to the glut. 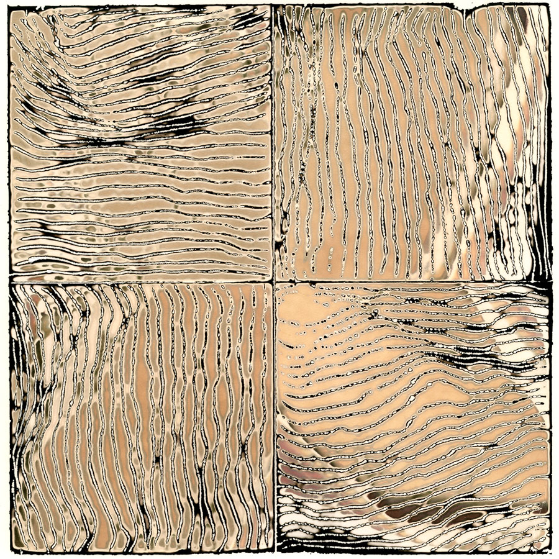 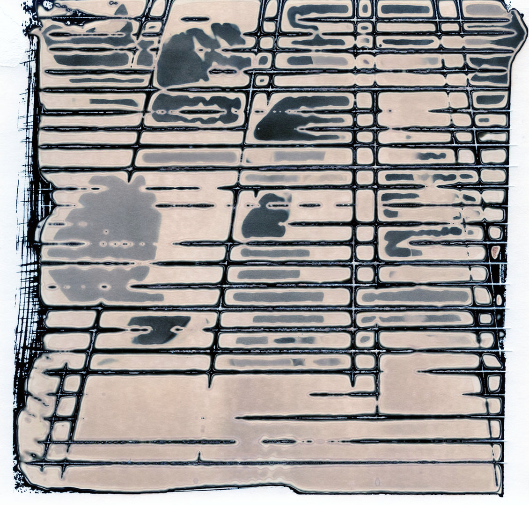 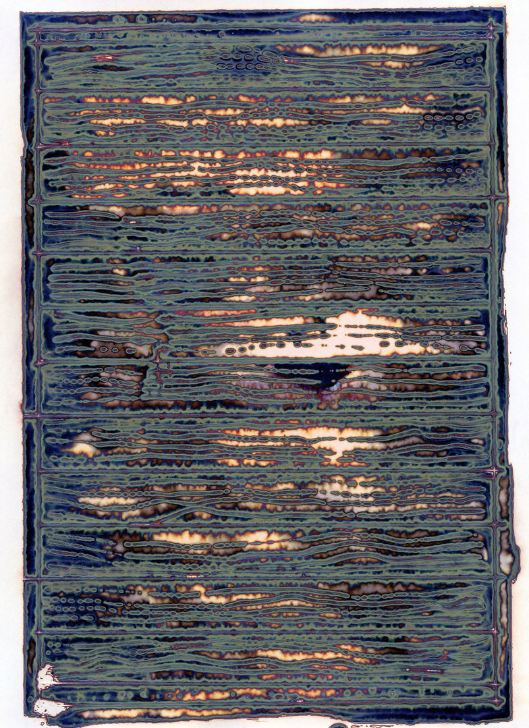 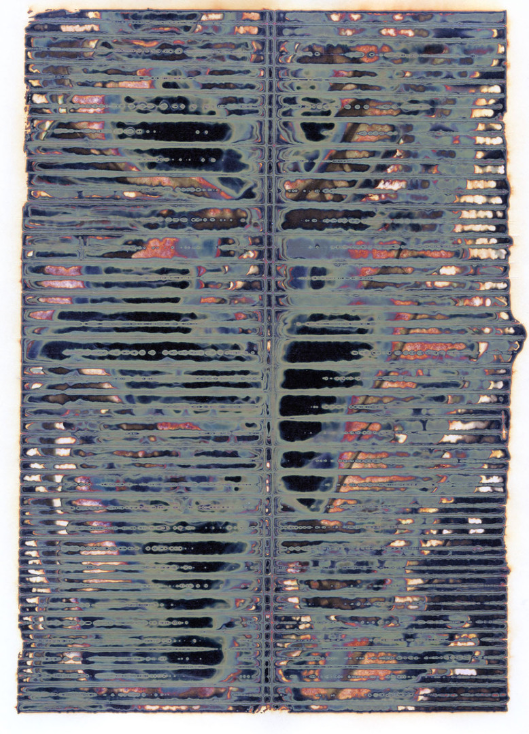 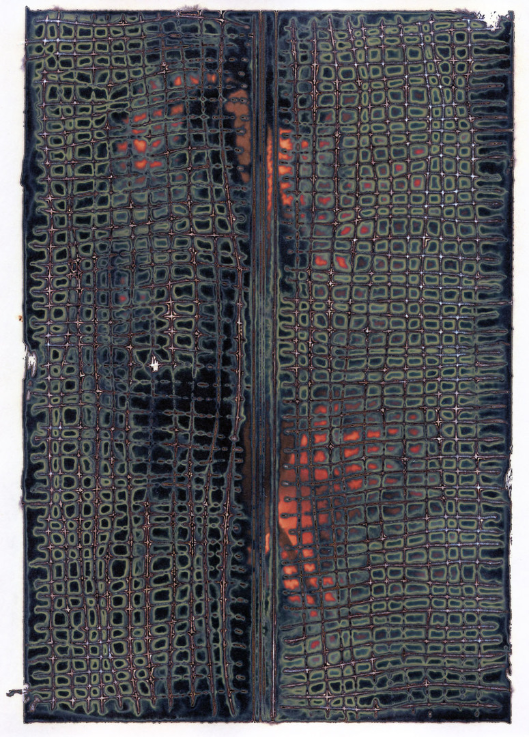